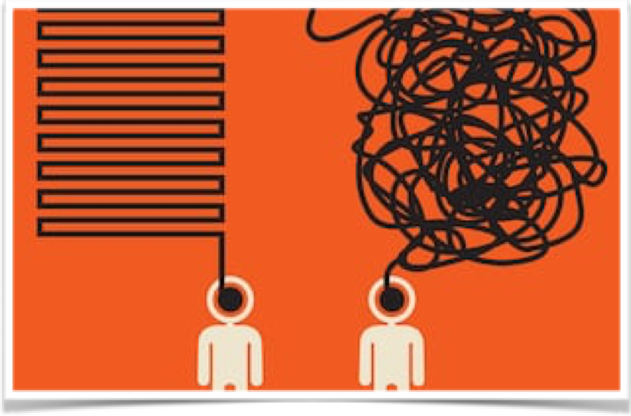 I have experienced the most amazing thing:  a complete misunderstanding.  Actually, many, many misunderstandings.  It’s amazing how misunderstandings happen and how often they happen.  Let me give you an example:  I wanted something from my husband and let him know (I’ll spare you the details…just assume I’m right).  My husband responded with what I would describe as a retort and his response grated at me as I left for work.  There was really only one way to understand what he had said, and it was mean.  It was clearly punishment for what I had wanted from him.  And I seethed and seethed about it.

Luckily, I spent several hours at work before I returned home so the seething had declined in intensity. Nevertheless, I was still angry so I brought up his comment and told him what I thought about it (perhaps it’s not shocking that I had many thoughts about it).  My husband’s response was utter confusion; he had no idea what I was talking about.  Again, sparing you tedious details, suffice it to say we went over the situation again, this time explaining the intent behind our requests.